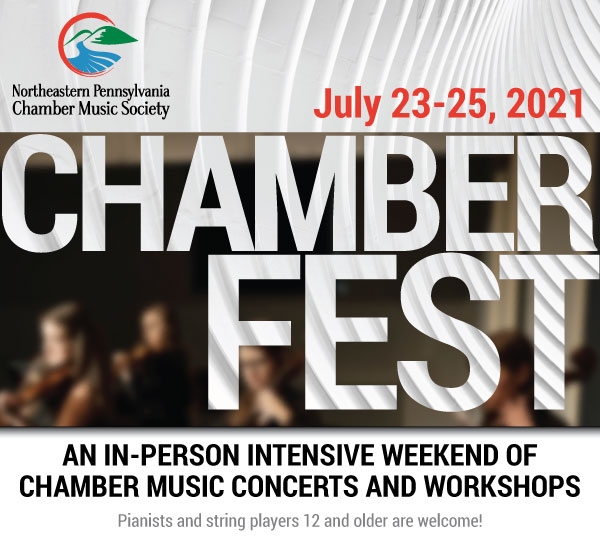 Dr. Lisa R. Caravan, is a string pedagogue, cellist and conductor who most recently served as assistant professor of music at Bucknell University. Her previous positions included assistant professor of String Music Education at Auburn University and lecturer in the Music Department at Buffalo State University of New York. Caravan is an Eastman Graduate, receiving the Master of Music degree in performance and literature, the Orchestral Studies Diploma and the Doctor of Musical Arts in Music Education degree, studying with Alan Harris. She is the first recipient of the Donald Shetler Music Education Prize and received a Teaching Assistant Prize for Excellence in Teaching while at Eastman.

As a sought-after clinician, she has been invited to work with orchestra ensembles regionally, nationally and internationally in London, UK and Perth, Australia. She spent three years as the music director for the Auburn (AL) youth orchestra program and has public school instrumental teaching experience in Fairport, NY. Dr. Caravan has presented her research at state, regional and national conferences including the American String Teachers Association, College Music Society, Suzuki Association of Americas Conference, and National Association for Music Education Eastern Division Conference, New York State School Music Association and others. Her research interests include music teacher preparation, cello pedagogy, and 21st century practice pedagogy.

Dr. Caravan is an experienced performer in a variety of settings, with focus on chamber music and orchestral. Dr. Caravan performs regularly with the Paragon Ragtime Orchestra, an internationally recognized professional ensemble that specializes in “America’s Original Music.” Recently, she recorded with Paragon on their latest CD, Black Manhattan, Volume. 3. Dr. Caravan served until 2019 as principal cellist of the Williamsport Symphony Orchestra and was previously assistant principal cellist in the Binghamton Philharmonic. She has performed with numerous orchestras including Charleston Symphony, Columbus Symphony (GA), and Rochester Philharmonic Orchestra. She has also performed in Paris and London with the Weis Trio.

“This is true talent, a genuine diamond that you so rarely see.”–St. Petersburg Times

An Inca Indian and a native of Peru, pianist Hwaen Ch’uqi is a world-renowned soloist, recitalist, and chamber musician. He has performed throughout the United States, France, Germany, the Netherlands, Bulgaria, Russia, Taiwan, and Japan. His labors have brought him to such venues as Seiji Ozawa Hall, Alice Tully Hall, the Knitting Factory, and Philharmonic Hall in St. Petersburg, Russia. He is co-founder of several ensembles including Duo Feathers, a piano duo which performs completely from memory; the Florestan Piano Quartet; Blue Ivory, a piano-banjo duo which seeks to fuse elements of genres particular to each instrument; and Johnny Carcrash, a piano-saxophone duo specializing in free improvisation.

Mr. Ch’uqi’s gifts as a composer of the highest order are being increasingly recognized. In 2009, he, in collaboration with five other composer-pianists, was commissioned to produce a second book of Hexameron Variations. The work was a feature of the 2010 conference of the American Liszt Society. In 2011, he was commissioned by Lynnann Wieringa of Notes and Tones Music Studio to produce a suite of pieces with a pedagogical bent, written for piano students at the late intermediate/early advanced level. In March, 2012, he was a finalist at the 17th International Piano Duo Composition Competition in Tokyo, Japan. He has completed a massive first piano sonata, several chamber sonatas, a song cycle, suites for solo piano, a cycle of twenty-five preludes for piano, four hands, and a children’s musical.

Mr. Ch’uqi’s published output includes four CD recordings and a growing collection of scores. He is currently authoring a partial autobiography called The Redemption of Hwaen Ch’uqi, and he is the subject of an upcoming documentary entitled Coda.

Hwaen Ch’uqi holds Bachelor and Master of Music degrees in Piano Performance from the Eastman School of Music, where he studied under Natalya Antonova. He quickly distinguished himself as one of the rare pianists to be three times invited as a fellow to the prestigious Tanglewood Music Center; there, he studied with such luminaries as Gilbert Kalish and Leon Fleisher. He was a semifinalist at the Second Sviatoslav Richter International Piano Competition in Moscow and was awarded the Special Prize.

It is Mr. Ch’uqi’s fervent prayer that such music as he is privileged to render might serve as a catalyst for wondrous change in the lives of all who hear it.

Having given solo and ensemble performances to critical acclaim in over a dozen countries across five continents, Amy Iwazumi enjoys a diverse career as a musician, web developer and graphic designer, and the co-founder and chief of operations of the Northeastern Pennsylvania Chamber Music Society.

She has performed in major venues in the United States such as the Isaac Stern Auditorium, Zankel Hall, and Weill Hall at Carnegie Hall; Avery Fisher Hall (now David Geffen Hall), Alice Tully Hall, Rose Theater, and Peter Jay Sharp Theatre at Lincoln Center; Harris Hall and the Bayer-Benedict Music Tent in Aspen, Colorado; and the Terrace Theater at Kennedy Center in Washington D.C. Abroad, she has given performances at notable venues such as the Wigmore Hall in London, UK; Salle Cortot in Paris, France; Seoul Arts Center in Seoul, Korea; and Suntory Hall in Tokyo, Japan. She has also made TV and radio appearances on WQXR, NPR and CNN in the United States; Viva La Mañana and Tu Mañana in El Salvador; TeleClub in Costa Rica; KBS in South Korea; and NHK Radio in Japan.

Ms. Iwazumi is also a recipient of the Asian Cultural Council Fellowship Grant which supported a four-month cultural research residency in Japan where she furthered her studies playing the Shamisen, a three-stringed traditional Japanese instrument, and her practice of Omotesenke school of tea ceremony.

At age eight she was accepted as a scholarship student to the Juilliard Pre-College Division studying violin with the late Dorothy DeLay and composition with Eric Ewazen. She continued her studies with Ms. DeLay at The Juilliard School receiving her Bachelor and Master of Music degrees, and studied chamber music with Martin Canin, the late Jacob Lateiner, the late Seymour Lipkin, and Joel Smirnoff.

A versatile musician, violinist and violist John Vaida performs regularly as a soloist, recitalist, chamber musician, and orchestral player. He is a dedicated teacher, serving on the faculty at Mansfield University and Wilkes University, and Artist-in-Residence at the Wyoming Seminary College Preparatory School. During the summers he is on the faculty at the Killington Music Festival. An avid chamber musician, he is the executive director and co-founder of the Northeastern Pennsylvania Chamber Music Society, an organization dedicated to fostering the growth of chamber music in the Northeastern Pennsylvania region.

He has given performances in the United States and Europe, most notably at venues such as Weill Hall, Steinway Hall, Merkin Hall, and the Tenri Institute in New York City; the Eastman Theatre in Rochester, New York; the Goodrich Theater in Oneonta, New York; and the Kirby Center for Creative Arts in Kingston, Pennsylvania. He has appeared on numerous occasions on radio and television including most recently on WVIA FM’s Simply Grand concert series.

Mr. Vaida has collaborated with renowned artists such as Daniel Phillips of the Orion String Quartet, Randolph Kelly of the Pittsburgh Symphony Orchestra, and violinist Sergiu Schwartz. He has performed as a member of numerous groups and festivals including the Florestan Piano Quartet, the Terrace Piano Quartet, the International Chamber Orchestra of Puerto Rico, the Eastman Chamber Music Society, the Manchester Chamber Orchestra, Tangueros De Ley (an Argentinian Tango ensemble), the Killington Music Festival, Ash Lawn Opera Festival, Scranton Bach Festival, the Sunflower Music Festival, the Meadowmount School of Music, the Waterville Valley Music Festival, and AIMS Festival in Graz, Austria. An advocate of new works, in recent years he has premiered compositions such as Three Little Lights by Baljinder Sekhon and the Viola Sonata no. 2 by Hwaen Ch’uqi, both of which were written for him.

Mr. Vaida’s principal teachers have included Charles Stegeman, Daniel Phillips, and Zvi Zeitlin. He holds a B.M. from Duquesne University and a M.M. degree in Performance and Literature from the Eastman School of Music, and has studied chamber music with Randolph Kelly, Jean Barr, Richard Killmer, and members of the Ying Quartet.

Mr. Vaida plays on a violin made by Carl G. Becker in 1974, in Chicago, Illinois.

Support NEPACMS
Sign up for the NEPACMS newsletter
Northeastern Pennsylvania

The region overlaps with the Pocono Mountains, the Endless Mountains, the Wyoming Valley, the Coal Region, Pennsylvania Dutch Country, and, by some definitions, the Lehigh Valley.